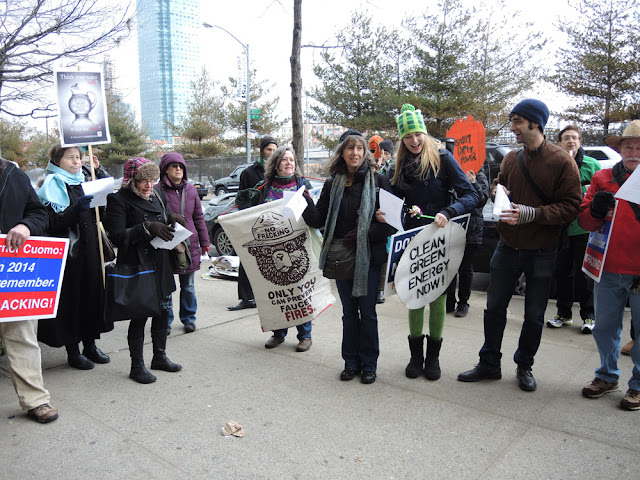 Yesterday, Wednesday February 6th, we staged a protest at the Department of Environmental Conservation (DEC) regional offices in Long Island City. We had about 40 or so protesters there. This is one of many protests happening in NYC and across the state in anticipation of the impending deadlines for the DEC to either put out the Supplemental Generic Environmental Impact Statement (SGEIS) by February 13th, in order the then release fracking regulations on the 27th, or to miss those deadlines and have to restart the regulatory clock and take in more public comments. If Cuomo/DEC misses the deadline, it buys the anti-fracking movement many months. The more time we have, the more we convince people that fracking is a terrible, terrible idea (duh!) .
At Yesterdays rally, we chanted, showed our banners & were accompanied by our friends from the Rude Mechanical Orchestra who helped us make a joyful noise and a presence they couldn't ignore directly outside of the windows of the DEC. In addition to the usual rabble rousing, we had brought with us our signed copies of the Pledge of Resistance. All who were present yesterday had already joined the 6,500 other New Yorkers in committing to use civil disobedience--if necessary--to stop fracking and related activities from ruining our state. We have signed Don't Frack New York's Pledge of Resistance (see www.dontfrackny.org). So today we decided to print and sign copies of the Pledge, enter the DEC's offices, and deliver these documents, preferably to Venetia Lannon, the Regional Director for NYC.

The DEC wouldn't accommodate us. They barred us at the door, claiming at different times that the building was private property, then that we needed an appointment, then that we were causing a draft by keeping the door open. That's our transparent, democratic government agency at work. Still, we made our point--we delivered the seven-day ultimatum to not proceed with the deeply flawed SGEIS. The next step is to conduct similar actions at every DEC office across the state, to galvanize our forces and protect our communities. 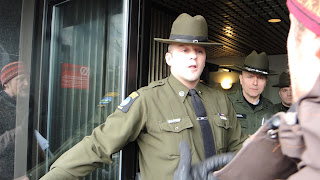 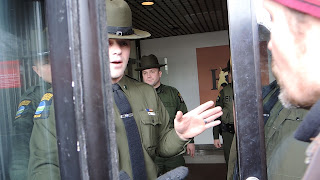 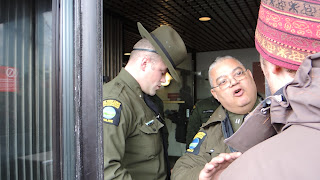 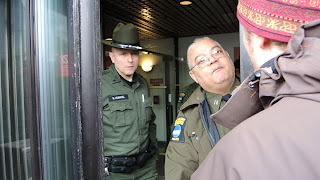 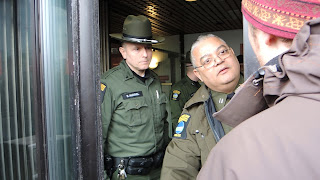 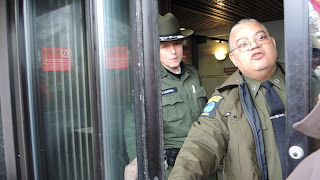 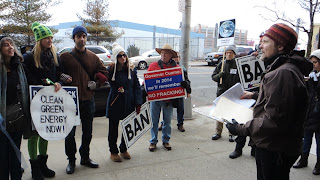 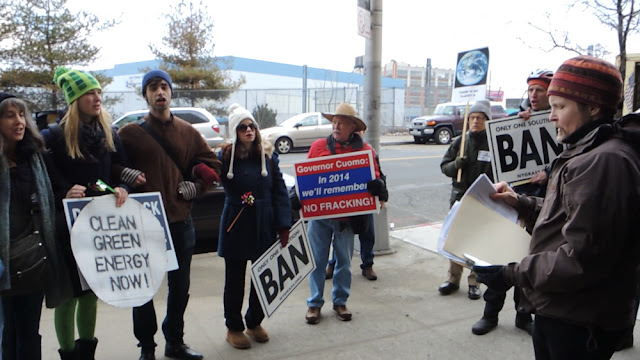 DEC. You've been served. We will be back next week. #BanFrackingNow!