Today as we were gathering on the boat shaped pier out beyond the children's playground neighboring the Construction Site Spectra is building their pipeline from, a barge bearing a burden we could not bear to see barreled into biew. The burden it was bearing was a long green segment of the pipeline we've been protesting. 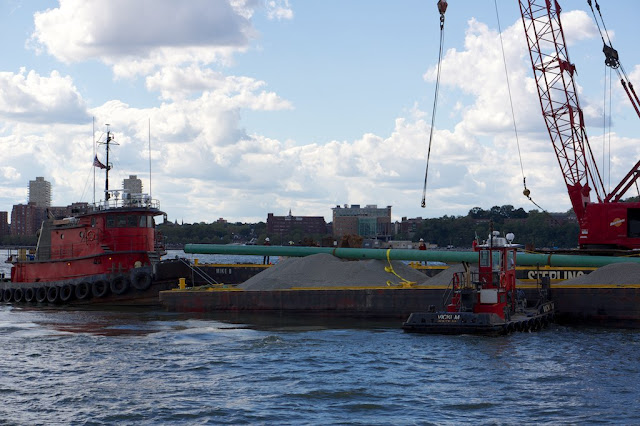 Needless to say, we were not happy to see this arrival. It being Sunday and all, they certainly aren't wasting any time at all. Ah. But that's where we can help them.  As I mentioned before, hurting them in their bank accounts is the only place they have any feelings whatsoever. This can be done quite easily with our bodies, put on the line. We are following in the footsteps of Gandhi, Martin Luther King, Rosa Parks and Julia Butterfly, just to name a few. We are honored to share these treads. 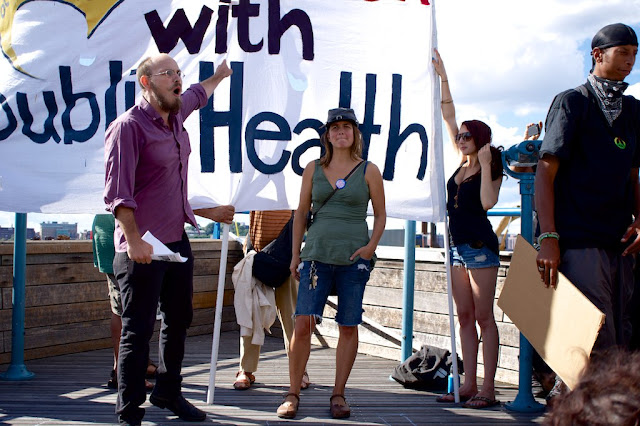 Peter Rugh doing a mic check as the barge arrived. 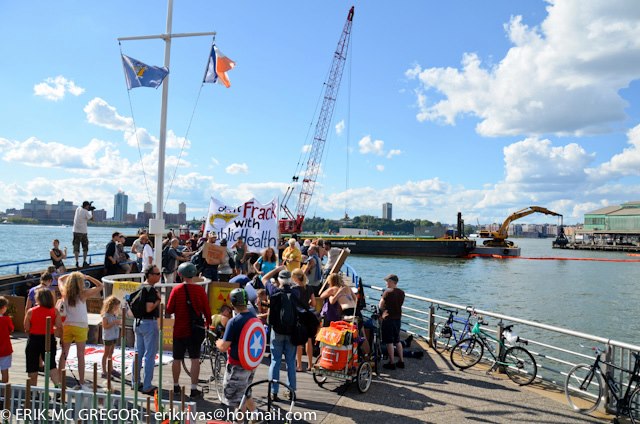 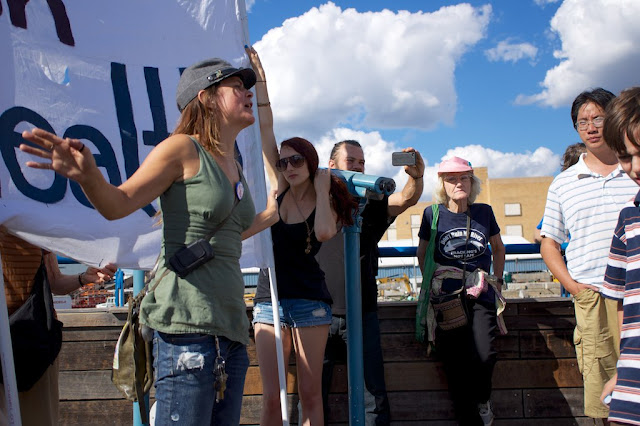 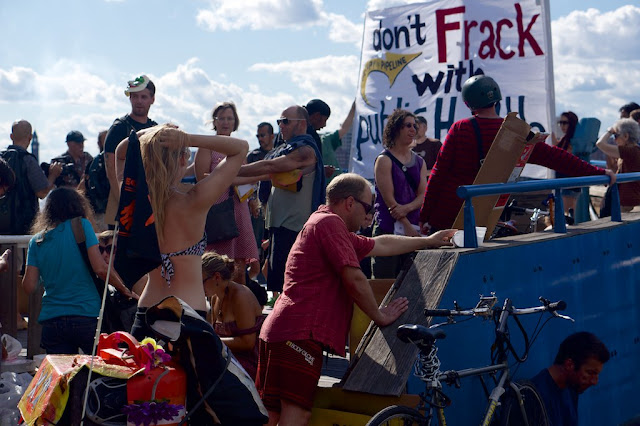 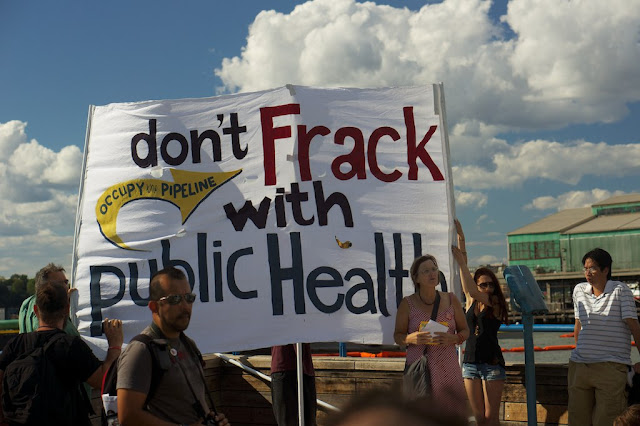 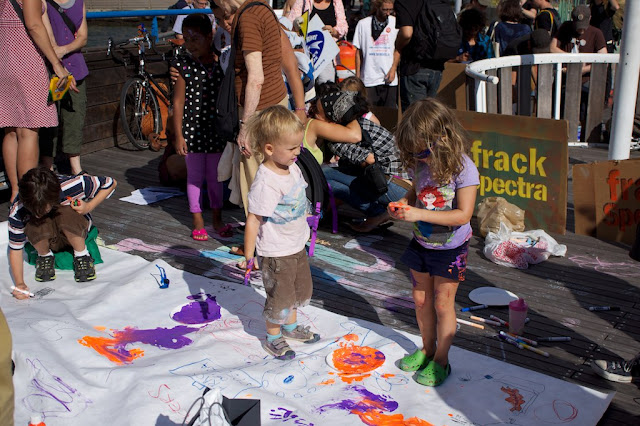 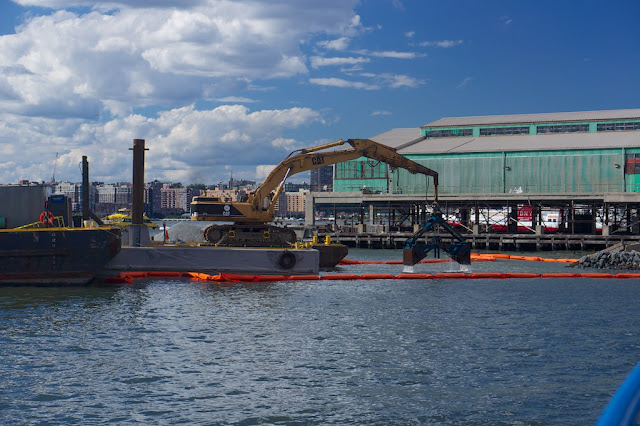 The barge is a floating construction site in and of itself. The machine there, some sort of heavy excavator, was picking up gravel and dumping it into the river. We assume this is where they plan on laying the pipe in, on top of the gravel. There is the consolation that they might not be digging into the river bottom, which would dredge up all sorts of toxic sludge better left settled on the bottom. 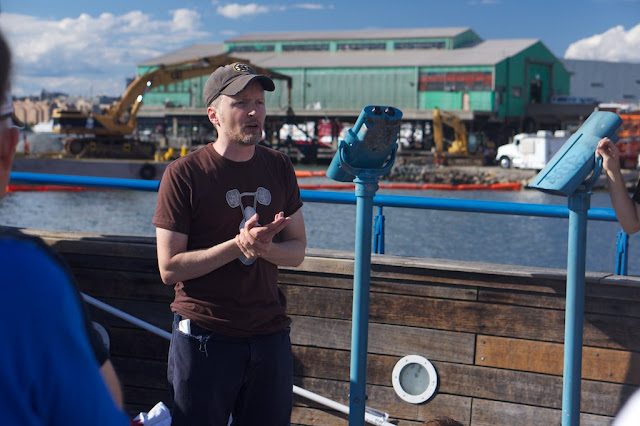 Dave Publow giving a teach in on the history of the Spectra Project, fight against FERC, etc etc. 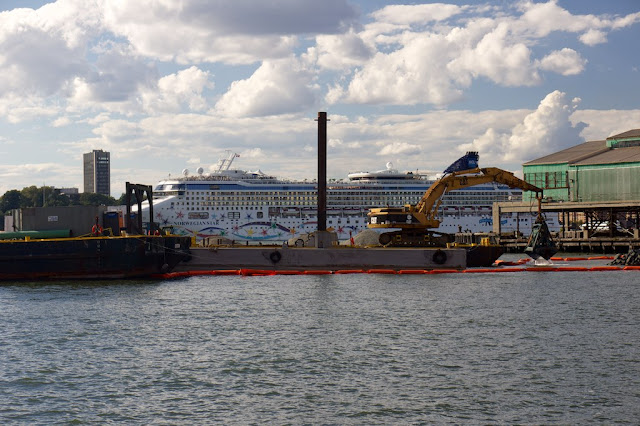 Later, we took a little stroll into the West Village to Spread the Good Word about the Bad Pipeline. 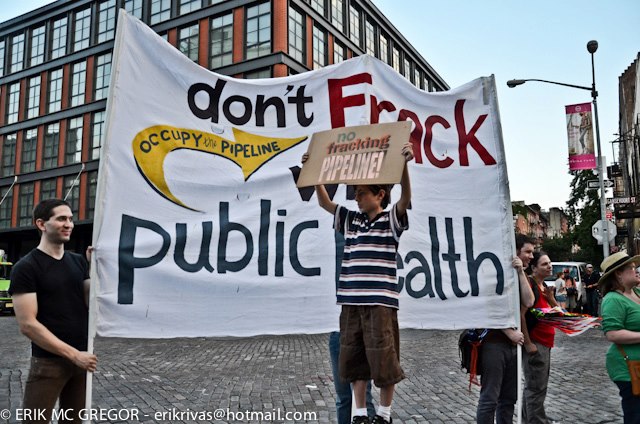 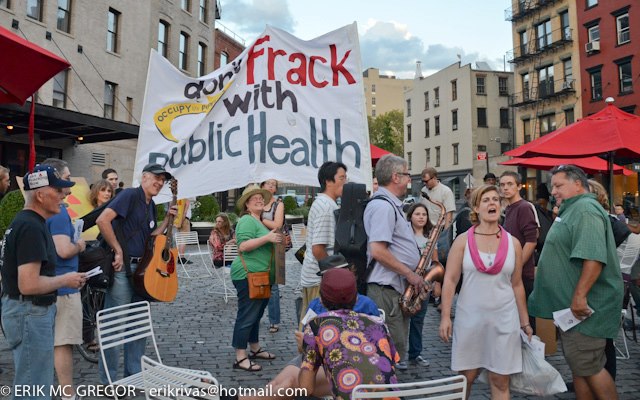 photos courtesy of Owen Crowley and Erik McGregor
Posted by Lmnopie at 11:29 PM