Sometimes you just can’t take it anymore.
On Tuesday October 23, George Pingeon, a 27 year old bike tour guide from New York City with no prior arrests, was taking pictures of the construction site of the Spectra pipeline (located on the Gansevoort Pier in the West Village along the highway), and decided to lock himself to a backhoe in order to stop construction from going any further. Construction stopped for two hours and George was taken into police custody. He was peaceful throughout the arrest.
What brought this on?
The Spectra pipeline that is currently being constructed will bring hydro-fracked gas from the Marcellus Shale into New York City. According to a report released in January 2012, gas from the Marcellus contains in some places 70 times higher radioactivity than average. The Spectra pipeline will bring radon into the homes of every New Yorker, and presents an explosion risk to the West Village – high pressure gas pipelines such as the one under construction have a history of explosions, from the San Bruno explosion in 2010 that killed 8 people to the explosion last month in northern Mexico.
Despite receiving a record 5000 comments against the pipeline and only 22 for it during the comment period, the Federal Energy Regulatory Commission still approved the project. Radon risks were not even considered by the commission. Sane Energy Project has been battling the pipeline via outreach and lawsuits, while our group Occupy the Pipeline has been engaging in flashier tactics to bring attention to this issue, from painting ourselves green and marching through the village to staging dances in bank lobbies. We began meeting two months ago and have launched an escalating direct action campaign to stop the pipeline from being built.
Council Member Christine Quinn, the council member for the district where the pipeline is being built, has remained silent on this issue. Many believe that Quinn’s mayoral ambitions have made her unwilling to cross the Mayor on any issue, and the pipeline is no exception. Given the risk that the pipeline presents to New Yorkers, and given that our elected officials aren’t doing anything, is it any surprise that people start to take things into their own hands? 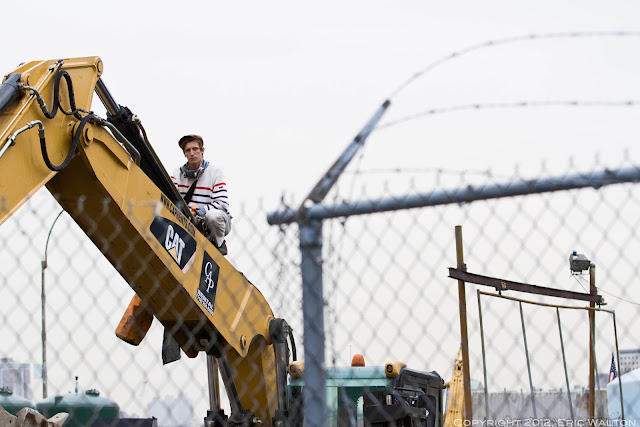 George, having chained himself to an excavator. 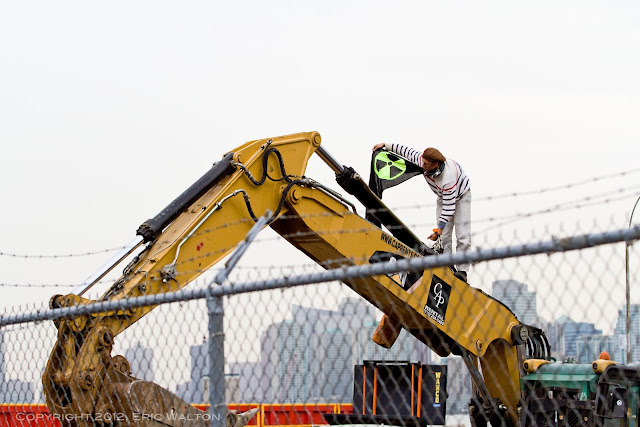 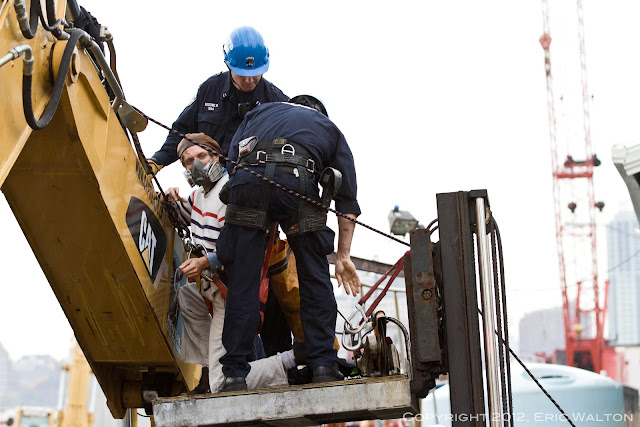 George, having chained himself to an excavator, is paid a visit by ESU. 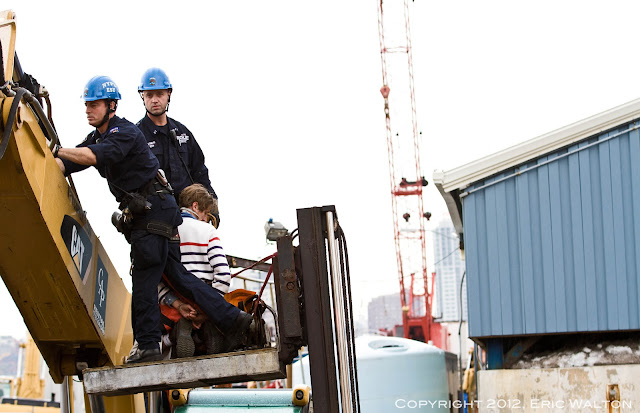 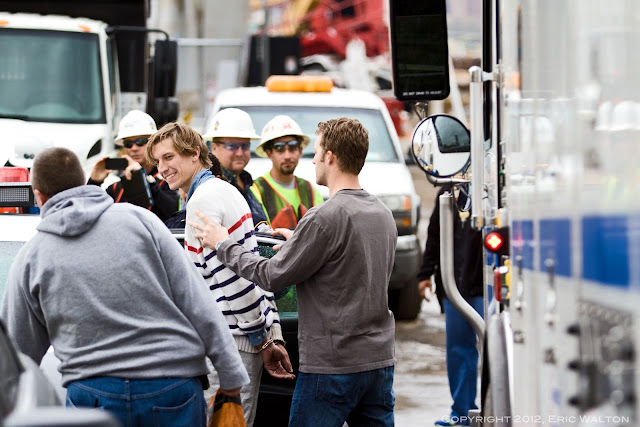 George, having chained himself to an excavator and been paid a visit by ESU, is arrested. 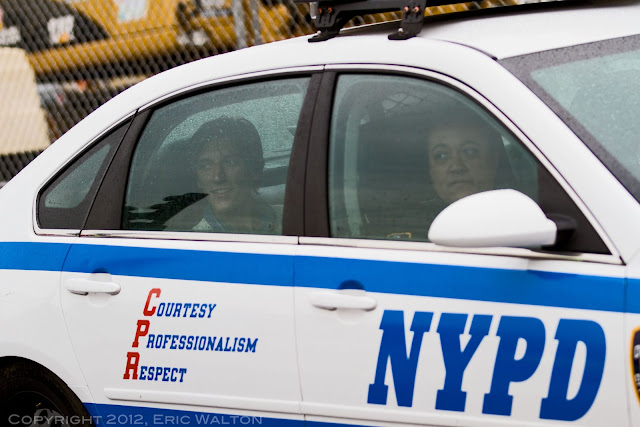 George Pingeon, having chained himself to an excavator, been paid a visit by ESU, and then arrested, smiles as he is taken to the 6th precinct